“I am sticking with the mustache.” Herman Cain

In comments, Johnny B quotes from The Atlantic: "Herman Cain’s ‘Yellow Flowers’ Ad Is a Dadaist Meta-Western" By Conor Friedersdorf

“I am sticking with the mustache,” Herman Cain declared on CNN earlier this month, and can you blame him? Some may see a mere personal grooming choice, but I cannot help but be reminded of Dadaist Marcel Duchamp who in 1919 painted a mustache and beard on a postcard sized reproduction of the Mona Lisa, bringing the Dadaist movement to wider popular attention. Can there be any doubt that Cain is the closest an American presidential candidate has come to being a fellow traveler in that movement? It was only when I watched the campaign ad above, titled “He Carried Yellow Flowers,” that it hit me: surf the Internet for explanations of Dadaism, and you’ll find that they double as descriptions of the Cain in 2012 campaign.

As a fan, follower, and "student" of Dadism and Marcel Duchamp, I'd like to answer Conor's question,"Can there be any doubt that Cain is the closest an American presidential candidate has come to being a fellow traveler in that movement?" I'd say there is considerable doubt that he is the closest. He doesn't come close to Mike Gravel's 2008 campaign.


Up next from Herman, a video of a couple of Good Ol' Boys Never Meanin' No Harm taking a piss break during lap 87 of NASCAR Monster Truck Hog Heaven to discuss the virtues of Herman. 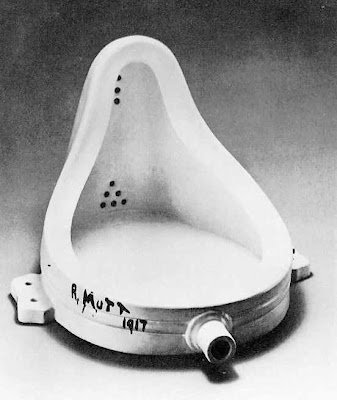 The truth is out there!
Posted by zencomix at 8:28 AM 1 comment:

Man of Constant Sorrow by The Doggy Bottom Boys 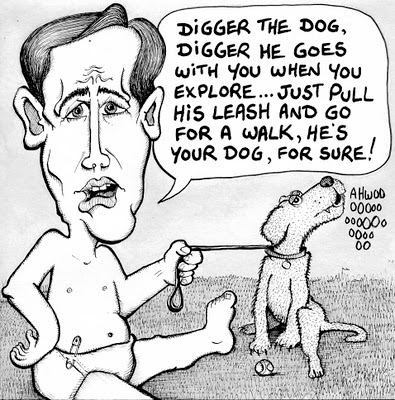 Posted by zencomix at 7:34 AM No comments: 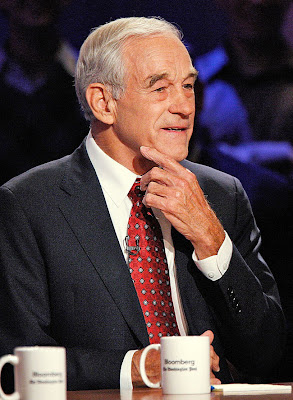 "You have to put the eyebrows on it!"
Frank Zappa
Posted by zencomix at 2:54 PM 2 comments:

Michele Bachmann, in point 6 of her 11 point “American Jobs, Right Now” Blueprint for Economic Prosperity and Job Creation calls for the legalization of natural resources.

Posted by zencomix at 8:52 AM No comments:

How Many Days Until Zappadan?

Cal Schenkel tagged me in this photo... 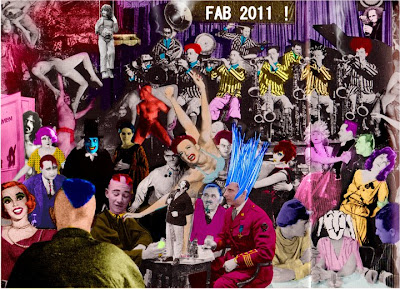 
A few times a year, seems like clockwork, Facebook goes ahead and changes the layouts, changes privacy stuff, etc. I'd never been that comfortable on Facebook, and I only really joined because the Filipino Clan had abandoned the Yahoo Email Group, and they all migrated to Facebook. If I wanted to see all the photos, I had to join. But, after 2 years on Facebook, I've had enough.

Some "friends" will not even notice I am gone. That guy I knew from High School that sent the friend request, then never had 2 words to say, the friend of a friend from the blog world who never bothers to comment on the blog, the person with 426 friends, and their total just dropped by one and they have no idea who is no longer their "friend", they're just collecting "friends" as trophies to put on the mantel.

I knew my days were numbered there about a month after I joined. I cracked a Mitt Romney joke on the wall of an old friend, a Massachusetts Republican, a guy I've known since 1971, and he "unfriended" me without saying a word! It's a wonder I lasted that long. Sometimes it got ugly, like the times I called out all my Catholic family and friends about the priests raping children, the Vatican covering it up. I was met by silence from most, except that one guy from High School who had the total meltdown, threatening violence for talking bad about The Church. Good times, good times.

Wasn't all bad, though. Chatting with Bill Griffith or Steve Lafler was great fun, but not enough to keep me there. Also, I'm heading into the cold weather drawing season, got a couple of comic books I want to finish up, and I also want to start investigating some of the digital drawing tools for making vector drawings with an eye towards making animated cartoons. I don't have time for Facebook.

So, I methodically untagged every photo I was in, deleted every comment I made, removed every post I made, every link, every video from my wall and the walls of my friends. I deleted every photo I posted, then deleted the albums they were in. I deleted everything, and I'm sure when you reach a certain number deletions, it trips the "OH My God, He's Deleting Everything,Let's Slow Him Down By Making Him Click On Everything 5 Times" Facebook Algorithm. Fuck you, assholes! When I got everything deleted, I unfriended everybody, then "Deleted" the account, which is not the same thing as "Deactivating" the account. They deliberately make the delete button more difficult to find, and I suspect some people who want to delete their accounts mistakenly think that deactivating the account is the same thing.
Posted by zencomix at 11:06 AM 11 comments: