David Javerbaum wrote a piece for the New York Times about Mitt Romney as The Quantum Candidate. What a novel idea, why didn't I think of that?
Posted by zencomix at 9:55 AM No comments: 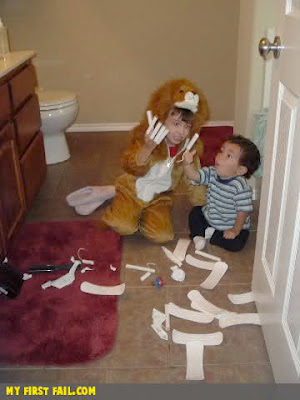 Arizona women should start naming their periods and claiming them as dependents on their tax forms.
Posted by zencomix at 8:46 PM 5 comments:

I'd been shakin' on down in old Colorado...heading on down the lowell george wabbit hole...

Tip o' the hi hat to Blckdgrd
Posted by zencomix at 9:39 AM 4 comments:

I've never seen Los Lobos, one of my all time favorite bands, in concert, but that will soon change. I did get a chance to see Cesar Rosas during his Soul Disguise solo tour in 1999 at The Boulder Theater, and he burned that playhouse down. I can hardly wait.
Posted by zencomix at 7:54 AM 4 comments:

Angry Cedar brews a great fuckin' beer! The amber ale is excellent, I highly recommend. The Flash Flood Pale Ale is waiting to be sampled.
Posted by zencomix at 7:25 AM 2 comments: 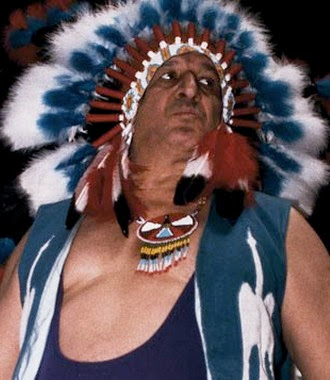 Chief Jay Strongbow is dead and I don't feel so good myself....
Posted by zencomix at 8:58 PM 6 comments: 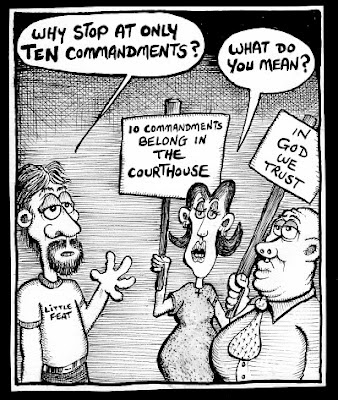 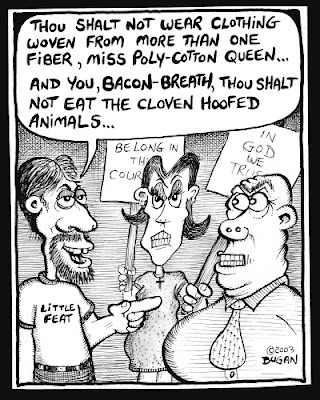 I'm reposting a bunch of old stuff for Blog Against Theocracy 2012. 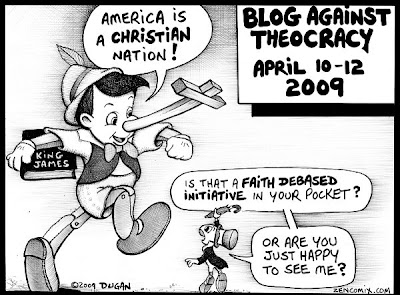 I'm sure you are all aware by now that The Supreme Court of the Great State of Iowa, my state, overturned the ban on marriage between two consenting adults who just so happen to be not heterosexual. A great day! My gay friends and family can now enjoy the same benefits of marriage that I enjoy, all men being created equal and all that(counting the whole number of persons in each state, excluding Indians not taxed and Three Fifths of all other Gay Persons!)

Iowa still has its share of The American Taliban,though. And that's what the Blogswarm Against Theocracy is all about. Come Mistah Talibahn, TaliBahn's bananas...

“We don’t have to apologize to anybody for this,” he added. “They are the ones who are offending our civilization and our culture. … The state is interested in marriage. We want to promote marriage. We want to do so because of the things I said — because we pour the values of our society through that marriage, and we encourage the birth of children to [be] brought up in that holy union and that sacrament of marriage.”

The Iowa Supreme court ruled unanimously with logic so simple even a child could understand,

We are firmly convinced the exclusion of gay and lesbian people from the institution of civil marriage does not substantially further any important governmental objective. The legislature has excluded a historically disfavored class of persons from a supremely important civil institution without a constitutionally sufficient justification. There is no material fact, genuinely in dispute, that can affect this determination.

We have a constitutional duty to ensure equal protection of the law. Faithfulness to that duty requires us to hold Iowa’s marriage statute, Iowa Code section 595.2, violates the Iowa Constitution. To decide otherwise would be an abdication of our constitutional duty. If gay and lesbian people must submit to different treatment without an exceedingly persuasive justification, they are deprived of the benefits of the principle of equal protection upon which the rule of law is founded. Iowa Code section 595.2 denies gay and lesbian people the equal protection of the law promised by the Iowa Constitution 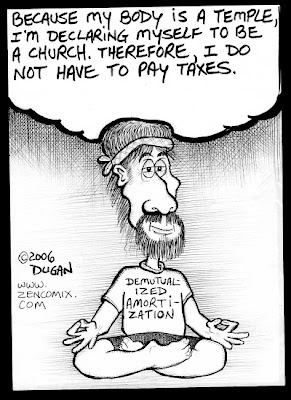 but the Theocrats do not respond with the logic. They respond with political fearmongering. The argument that marriage should only be between a man and a woman because of the ability to bear children is a bogus argument. Are you going to start forcing husband and wife to bear children? What are you, a fucking Communist!? Meanwhile, more from the summary...

Having addressed and rejected each specific interest articulated by the County, the court addressed one final ground believed to underlie the same-sex marriage debate—religious opposition.

Recognizing the sincere religious belief held by some that the “sanctity of marriage” would be undermined by the inclusion of gay and lesbian couples, the court nevertheless noted that such views are not the only religious views of marriage. Other, equally sincere groups have espoused strong religious views yielding the opposite conclusion. These contrasting opinions, the court finds, explain the absence of any religious-based rationale to test the constitutionality of Iowa’s same-sex marriage statute.

“Our constitution does not permit any branch of government to resolve these types of religious debates and entrusts to courts the task of ensuring government avoids them . . . . The statute at issue in this case does not prescribe a definition of marriage for religious institutions. Instead, the statute, declares, ‘Marriage is a civil contract’ and then regulates that civil contract . . . .

Thus, in pursuing our task in this case, we proceed as civil judges, far removed from the theological debate of religious clerics, and focus only on the concept of civil marriage and the state licensing system that identifies a limited class of persons entitled to secular rights and benefits associated with marriage.” [emphasis in original]

If you want to prevent Gay People from marrying in your church, by all means, prevent Gay people from marrying in your church, I don't care! The Gay people who don't go to your church probably don't care either. But if the Government is in the business of issuing licenses for 2 consenting adults to enter into a civil contract, or marriage, then the Government cannot deny the license based on whether or not a person is gay without violating people's civil rights. It is pretty simple and straightforward. 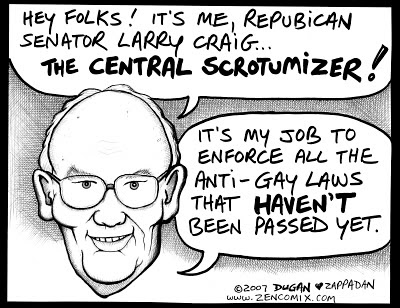 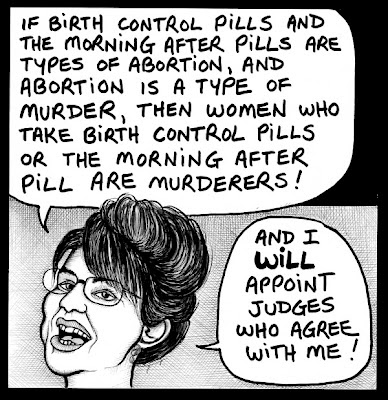