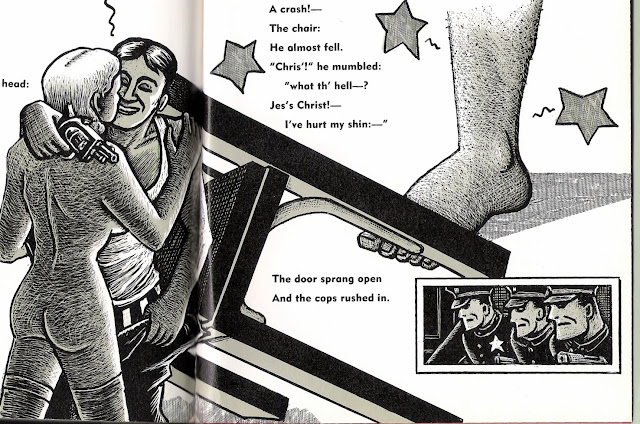 "Several years after falling in love with the poem, I met William Burroughs. The conversation didn't catch fire until, somehow, I asked if he'd ever heard of The Wild Party. Burroughs had first read the book in 1938, when he was a graduate student at Harvard. He hadn't seen it in over thirty years. "The Wild Party?" he mused."...It's the book that made me want to be a writer." His eyes unfocused and he began to recite, in a twanging drawl:
"Queenie was a blond, and her age stood still,
And she danced twice a day in vaudeville."
He went on for awhile, as if he could conjure up the whole poem from memory, all the way to the abrupt last lines:
"The door swung open and the cops rushed in."

Art Spiegelman from the introduction to his illustrated edition of Joseph Moncure March's The Wild Party
Posted by zencomix at 8:49 AM 2 comments: 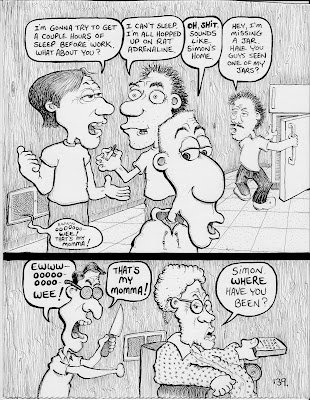 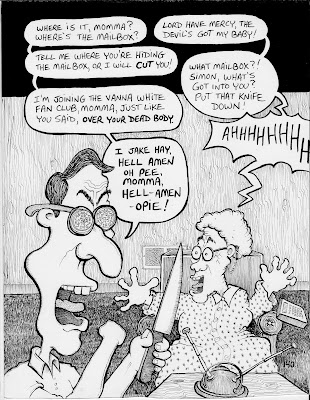 That's My Momma
Posted by zencomix at 8:30 AM 2 comments: