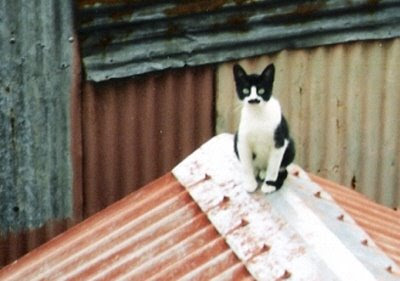 Ah, my beloved Philippines.... the more things change,the more they stay the same. The crumbling concrete is still as ubiquitous as the swaying tits on the stray dogs. But they aren't really stray dogs, they're just "free range". I'm wondering how much American coal ash is ending up in the concrete of new Filipino construction projects. Diesel rules the roads, diesel fumes foul the air,and the scars from the mudslides 2 years ago are not scars, they're still open wounds. The Baguio hippies, old and young, are trying to get people to stop planting concrete on the Cordillera's hillsides, and start planting bamboo. My first day doing Tai Chi by the fish pond, and a rat ran by right in the middle of Repulse The Monkey. 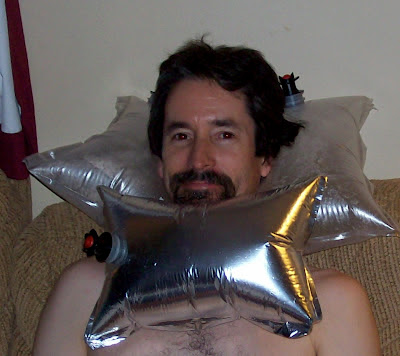 Here's me and my wine box bladder travel pillow preparing for the 40 hour door to door trip. 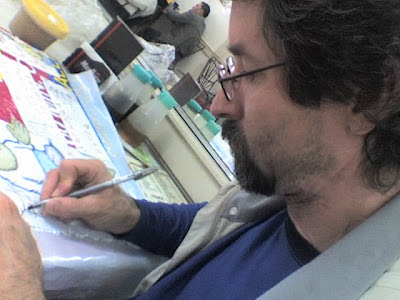 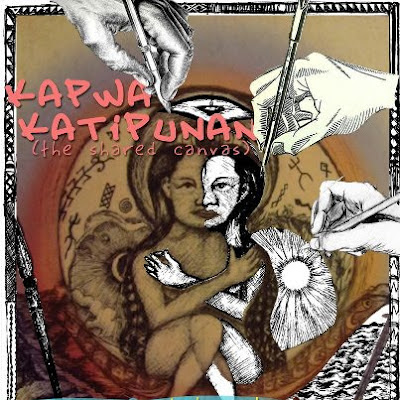 Shortly after arriving in Baguio, I was invited to participate in the Kapwa 3 Conference, in the "Kapwa Katipunan, The Shared Canvas" group art show. I was paired up with the poet and journalist Frank Cimatu. I gave Frank a bunch of cartoons and doodles from my sketchbook and from stuff I drew on the back of airport coffee shop receipts, old boarding passes, and baggage claim tickets. He cut them up and made a collage and added a short story to the panel. Frank gave me 2 sheets of Baygon flypaper and a 9 x 12 stretched canvas with 2 large ceramic frogs glued to the top. I cut the flypaper up into the shapes of tongues and adhered them to the frogs mouths, then drew cartoon characters on the canvas with all of their tongues connected. I missed the opening of the show (it was late at night, and I was severely jet lagged), but Pena and I went a few days later to check it out. I wish we had brought the real camera instead of just the cellphone camera, because this is the best photo we got of the artwork. 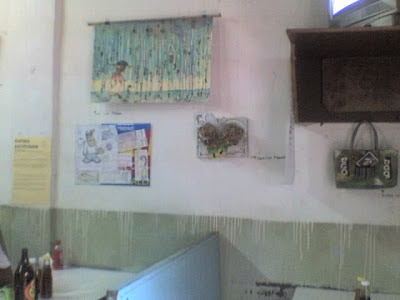 I love the graffiti on the wall outside the entrance to Katipunan. 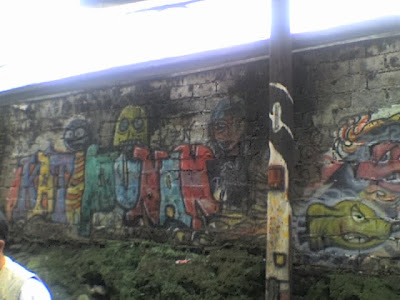 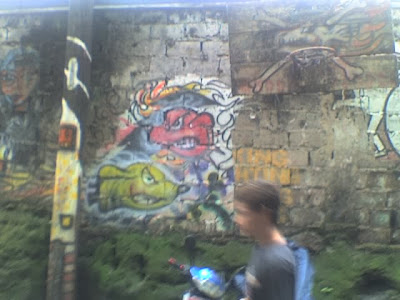 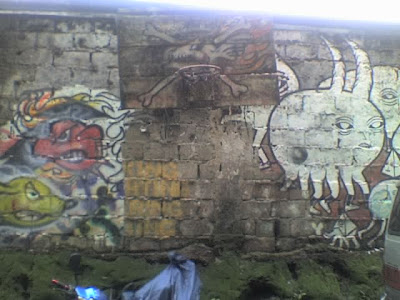 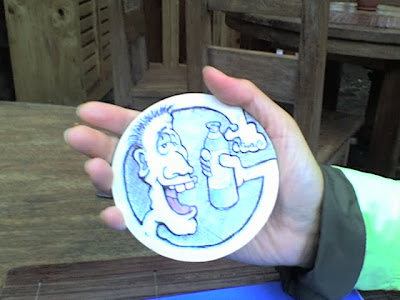 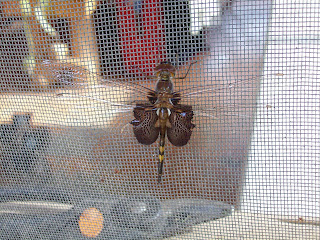 Obamacare upheld by the Supreme Court, and I won a bottle of Bushmill's from Bart. Went to Agoo and sat by the beach watching the boys drink gin for 8 hours. Fishermen hauling their nets in gave us fresh squid. Ferdy fell asleep, napping, snoring like a cartoon bear. I taught the shy boy Polaris how to howl like a dog at the top of your lungs, but he needs more practice. 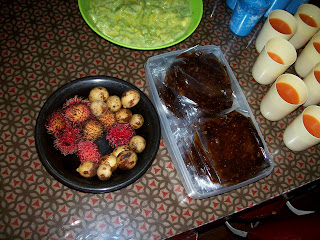 I told lots of stories to the little sweetie pies, taught them how to make yogurt and bread, taught Popo how to pop popcorn, and did a little "Kapwa" t-shirt decorating. 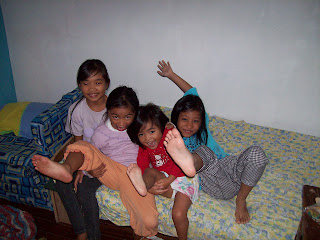 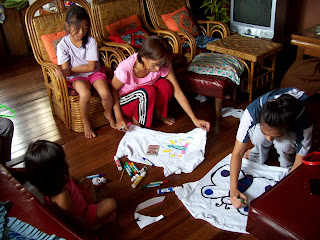 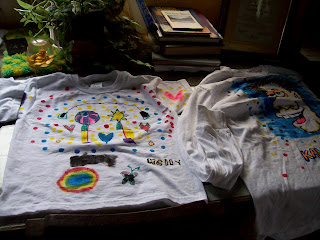 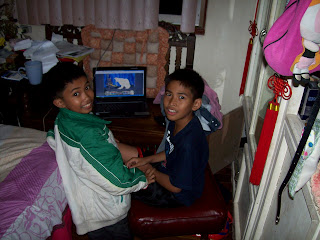 Just got back from a month in the Philippines, and I'll be filing my report later. The vacation reading list included, but was not limited to Robertson Davies' "The Salterton Trilogy", "Dance,Dance, Dance", "Kafka on The Shore", and "After The Quake" by Haruki Murakami, and "Ab.Abiik" by Undru C. Weygan.
Posted by zencomix at 10:19 AM 4 comments: