Everybody Must Get Stoned

There's a Blog Against Theocracy blogswarm this weekend. What's Lt. General Willie Boykin up to this weekend? 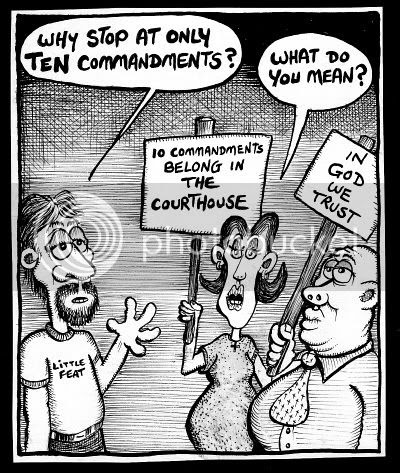 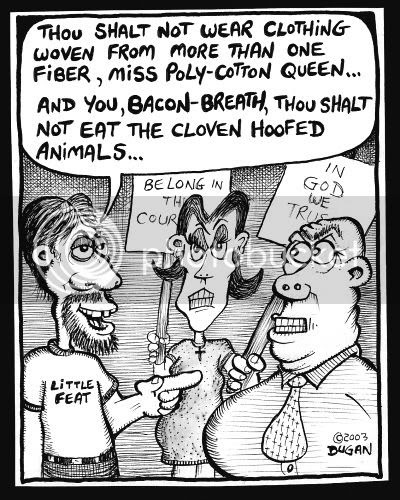 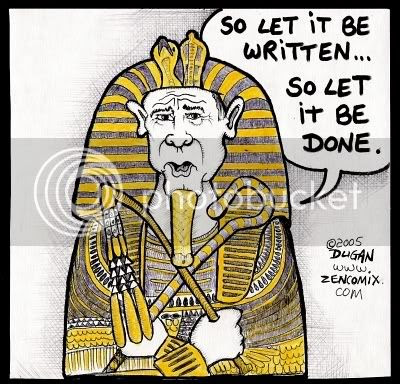 Was it Lenny Bruce who said "Thou shalt not kill means just that!"? He must have been sniffing model airplane glue when he said that. 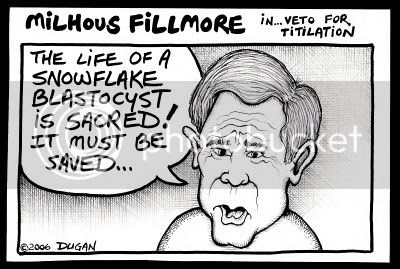 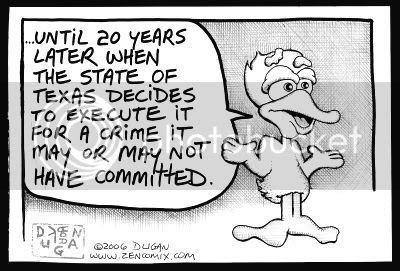 Zencomix
Posted by zencomix at 9:33 AM

Ah, you're right up my alley. The self-serving hypocrisy of the RRRW Bible-thumper has long irritated me. They shout from the rooftops for bans on same-sex marriage because the Bible says XYZ and it will "protect traditional marriage". But there's nary a peep about banning adultery or divorce though the former is forbidden by the 7th Commandment and the latter is forbidden more times in the Bible than homosexuality (including by Jesus himself, who said nothing about homosexuality). What is more, adultery and divorce do far more to damage "traditional marriage" than same-sex marriage ever could.

As to the sacred embryos and fetuses, it's asinine how the RRRW doesn't seem to care about them after they're born. Cut funding for social services that would help them get food, health care, education and whatever else they need to live healthy, happy lives. Throw them in jail for the least little offense. Take their homes away because the predatory lenders (who are given all forms of corporate welfare) tricked them into loans they couldn't possibly afford. Now they're on the street dying but who cares? They aren't in a womb so they don't matter.

Amen to that Buffy!