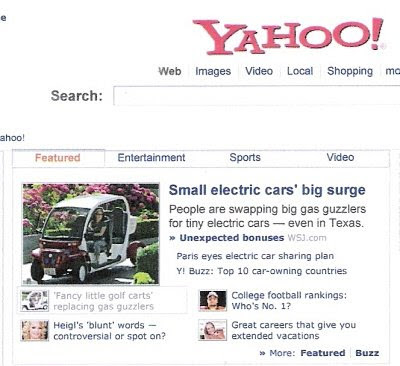 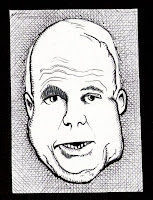 "They handle really well in the sandtraps, so they should be ideal for The Surge. They've also got a little compartment in the back where you can stow a small cooler full of cool, refreshing Anheuser Bush Beer."

Another Surge Sighting. They're spacing them a couple of hours apart.You just can't keep a good Surge down! Even in Texas...In other news, one of John McCain's New Trollops, Paris Hilton, eyes an Electric Car sharing plan.

The "John McCain: Apocalypse Now Redux" T-Shirt can be purchased at The Zencomix Online Market. Call before midnight tonite! While supplies last! This offer void where prohibited! Buy one now before they ARE prohibited! Act Now!
Posted by zencomix at 11:47 AM