The Dogs Of Doom Are Howling 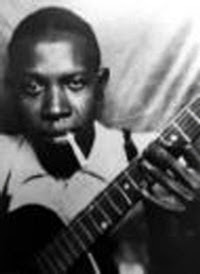 The John McCain Campaign unveiled a new ad today alleging that Senator Obama, seen here in a McCain file photo, spent the weekend in a "juke joint", partying with "loose wimmen" and drinking whiskey From Four Until Late. The new ad alleges that Obama went down to a crossroads and sold his soul to the devil in exchange for the ability to play a Sears Silvertone guitar. Joe Scarborough claims that he heard someone say they overheard someone talking about having heard Obama trying to Take Possession Over Judgement Day,and then Up Jumped The Devil,and then Obama and The Devil was walkin' side by side. 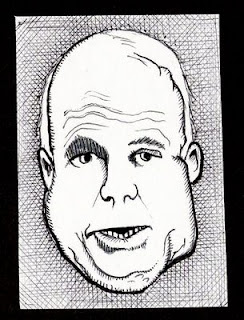 "My friends, I don't mean to question Senator Obama's lack of Faith, but somebody should call The Dog Whisperer, the man obviously has Hellhounds On His Trail!"
Posted by zencomix at 8:53 AM

Must be lonely here in hippyland.