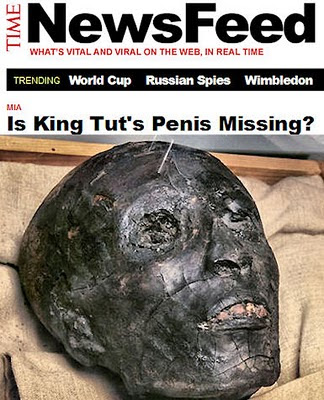 
On my way back from a month in the Philippines, I spent a 6 hour layover in a Chicago airport. While I remained offline for most of the past month, I had been largely unaware of American Media Junk. And then it all came back to me. Six unrelenting hours. There's nothing like being greeted back to the States by an ejaculating Wolf Blitzer. Who decides what channel the airport TVs broadcast, Homeland Security?

The Sherrod Thing, for lack of a better a name, is the Obama equivalent of a Missing Blonde College Girl story. You think the Obama People were "snookered" by Brietbart? Really?! hahaha!

Pay no attention to That Man Behind The Curtain!
Posted by zencomix at 1:54 PM

Still working my way through your archives! Also, Too, nothing like sleeping in your own bed.

The Concrete Jungle crumbles as we speak, and I'm still coughing up sooty diesel grit. Noy Noy Aquino is like the Philippines version of Barack Obama. He makes a good speech, but if he actually does the stuff that the people who voted for him want him to do, he would be assassinated by the military. Watch for an escalation of "Joint Exercises", with the US sending "advisors" to the southern Philippines to assist in the War on Terror.

ibrahim said...
This comment has been removed by a blog administrator.
4:54 PM

Welcome back and hope you had some of that coffee while there you mentioned to me awhile back.

You know what they say, the smarter you are, the dumber you get.

I always bring a book going through an airport for any length of time....CNN? Yikes ; (

Says a few things about this administration. It appears, as with previous ones, ideas they lobby for, are quickly forgotten
; (

Hey CM! I'm enjoying some of the Cordillera coffee I brought back. Good stuff!

I had a good book to read, but by the time we got to Chicago, I had been awake for about 24 hours straight, and my eyes were just too tired to read.

While enjoying a couple of music festivals back East, I was offline for 11 consecutive days. What a different world I lived in during those days, very similar, I suppose, to the offline world most normal people live in all the time.

So, the coconut and lime for the Cordilleras were *really* fresh. Excellent.

When I said "lime", I really meant "kalamansi".

'...I had been largely unaware of American Media Junk.'.

Some folks have all the luck.

Hey! You're back! I thought you were in seclusion working on a book...

I was in the Philipines (Pilifines) as a kid, and I remember seeing a cockfight, so not that much different than congress. You missed nothing.