Is Mitt Romney a particle or a wave? 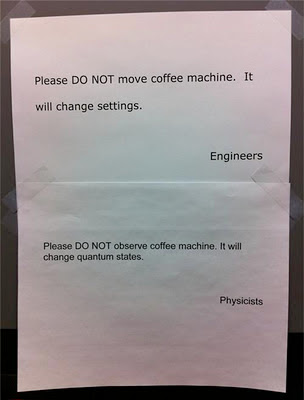 Based on the Herman Cain Uncertainty Principle, the Gingrich Box Equation, and Bachmann's Constant, it appears as though Mitt Romney is the ultimate Quantum Candidate. The Probability Wave of Romney's Positon is entirely dependent on who is observing Romney at any given time.

The Ron Paul Paradox of Entangled Partisans is entirely consistent with Santorum's Slit Experiments, and is one of the best pieces of evidence supporting Karl Rove's philosophy of invalidation of a theory by falsification-experiments, also known as "rat fucking". Is Romney involved in Rovian Ratfucking? It depends on whose box Gingrich is in. 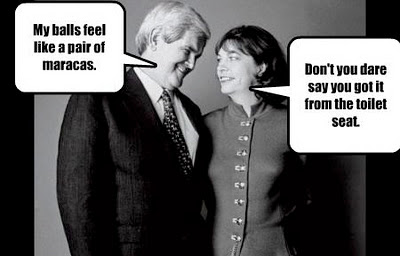 It would depend on how much Brylcreem's masquerading as a chapeau, no?

Word verification: Trogr, I think I fought him once decades ago in a D&D session.

Brylcreem's hat is always in the race.