That John McCain sure can pick 'em!

First, let me just say that John McCain, as far as politics goes, is a gutless, craven coward. He waits for a day after the Iowa Caucus to give his endorsement of Romney. If Romney had tanked in Iowa, McCain wouldn't have issued an endorsement. He probably would have waited until after New Hampshire, and only if Romney wins that.

Meanwhile, Romney may have received a handful or two of caucus votes more than Santorum, but that doesn't mean he "won". Romney, Santorum, and Ron Paul each received 7 delegates of Iowa's 25 delegates, the remaining 4 delegates split between Gingrich and Perry. I don't remember where on these Intertoobz I saw it, but someone remarked that it was the worst three-way they had ever witnessed.

In an alternate universe, John McCain and Newt Gingrich are starring in this season's Celebrity Wife Swap. 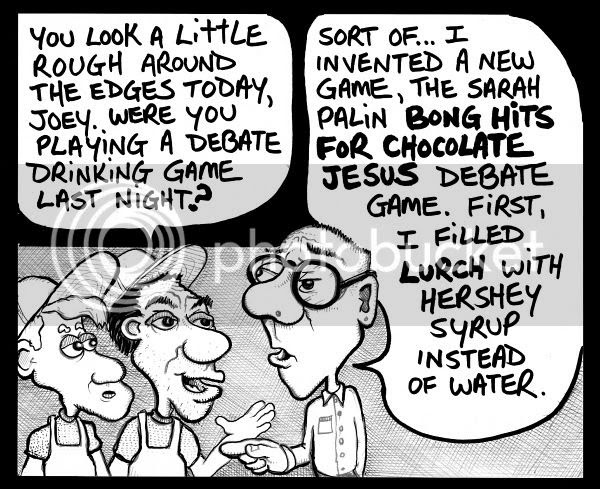 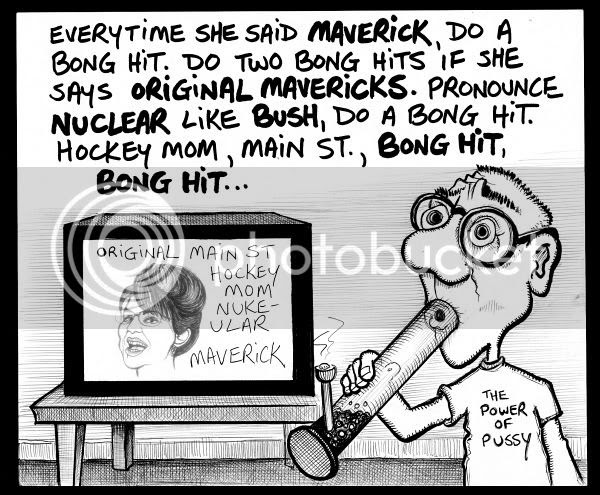 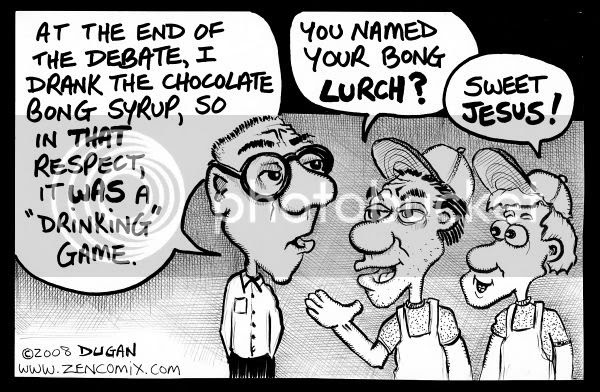 Are You Drinking With Me Jesus?

The Power of Pussy

Zencomix
Posted by zencomix at 10:20 AM

Good clean fun until the next morning...
~

Walnuts will always get points for this.

On this morning's local excuse for news, there was a brief clip of McCain at a Romney event going on and on about how President Obama was going to get the country back on track. There were gasps from the crowds, and then of course he tried backtracking when he realized he said " President Obama" when he meant to say "President Romney". I'm surprised it isn't all over the internet yet. The newscaster gave a shiteating Perry style "Oops" by way of editorializing before moving on to your standard issue fire/gunshot/weather report.