Back in early 2009, I started a storyline with The Grill Rats that ended up in the John Barleycorn Must Fry collection. Thanks to all the folks who bought the book! A QUICK RECAP OF THE START OF THE STORY....

Steve the Manager rehired Tom as a cook at The Copper Kettle after Tom threatened to return everyday as a customer, right before the lunch rush, with an army of his smelly homeless friends. Tom and Joey the Busboy have a hydroponic pot farm in the crawl space above the restaurant ceiling, and they roped Bob the Cook into their operation. Tom and Bob went to Bob's Grandparents' farm to rent their barn for the storage of the pot harvest. Their cover story is that they are starting a band and they want the barn for rehearsal space.

Meanwhile, John Poindexter and Ollie North were concerned that President Obama will cut the defense budget, so they held a seance and consulted the ghosts of Ronald Reagan and Richard Nixon. Nixon hatched the plan to buy up foreclosed homes and turn them into meth labs and indoor pot farms to generate money for covert military operations.For his headquarters, Ollie North purchased the foreclosed farm down the road from Bob's Grandparents, and began assembling his "F-Troop Team" by calling on G. Gordon Liddy. 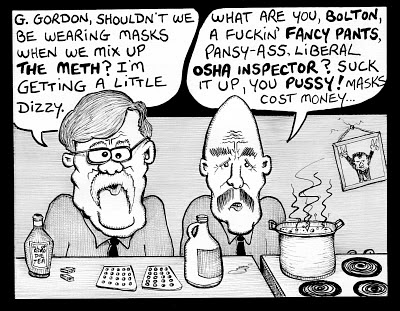 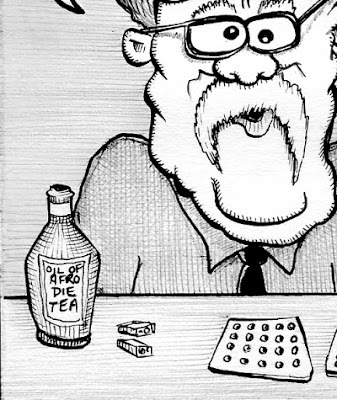 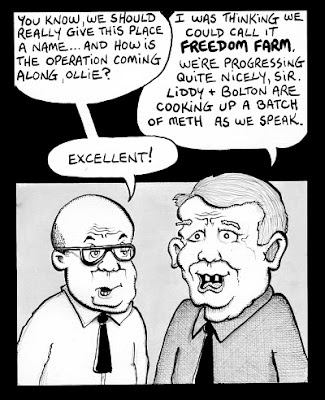 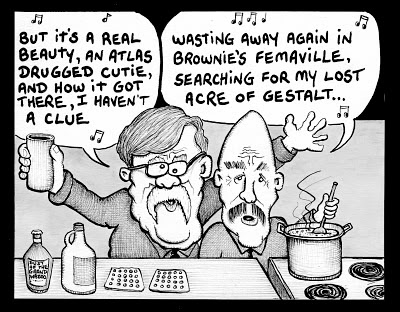 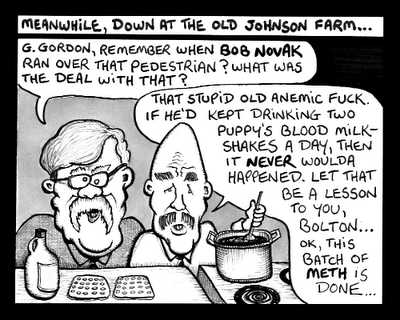 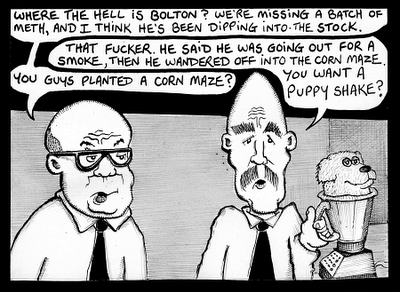 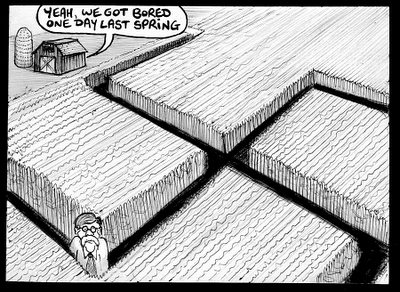 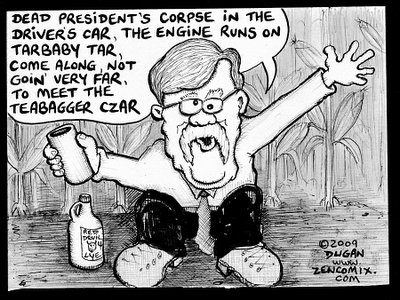 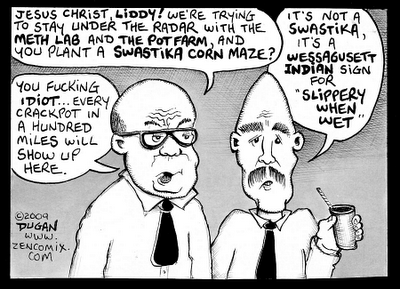 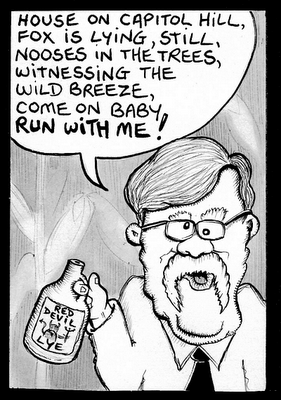 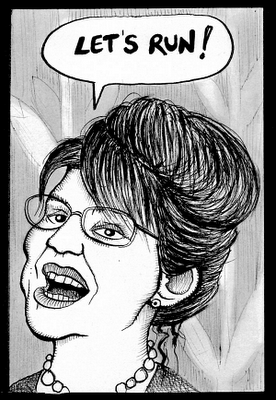 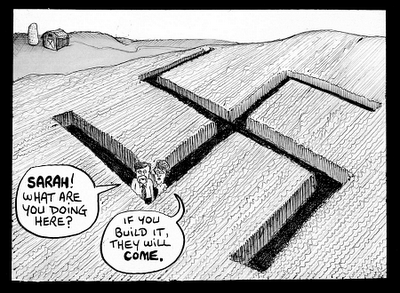 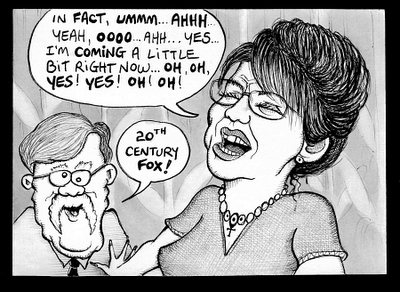 And it goes on from there, with a "Larry Craig Seeks The Foreskin of Obama for Karl Rove's John Birth Society" mixed in. So, aside from trying to sell you a comic book, why am I bringing all this up now? Well, it was with great amusement that I read this story.... Republican Meth Labs of Democracy; documents found in Colorado meth house reveal inner workings of Dark Money Group.
Posted by zencomix at 10:56 AM

if you want you can visit our blog... www.curlymorning.com