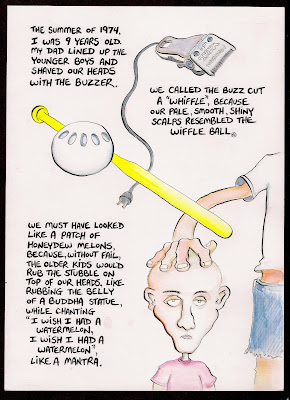 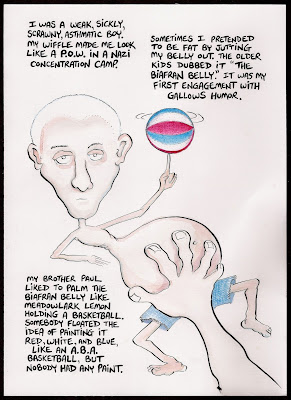 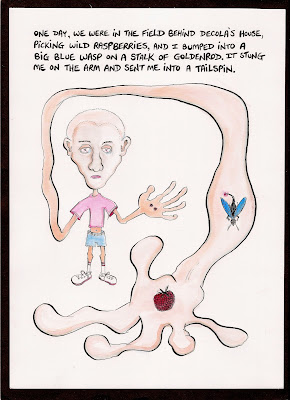 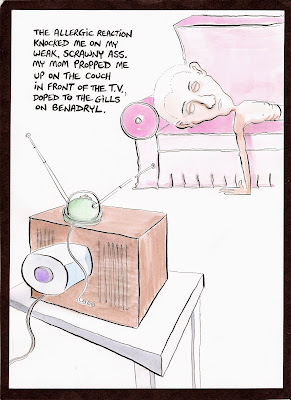 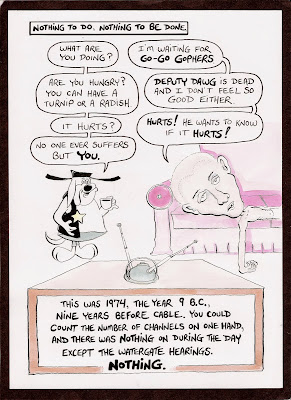 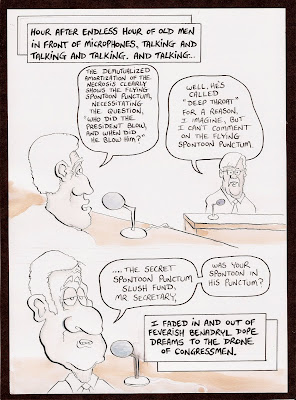 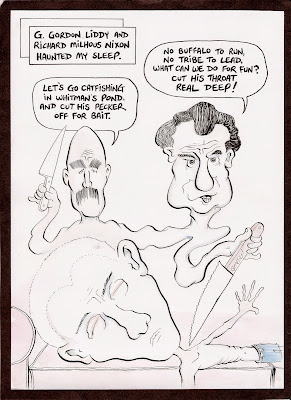 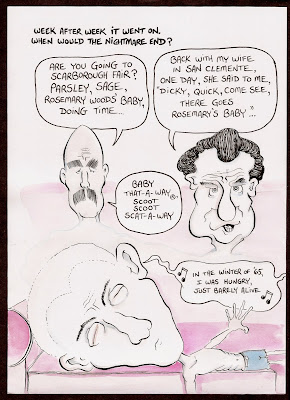 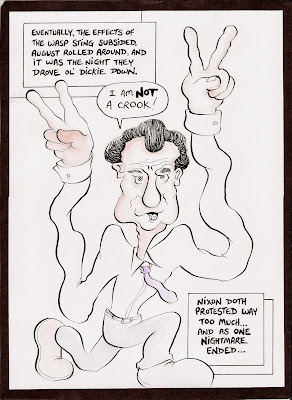 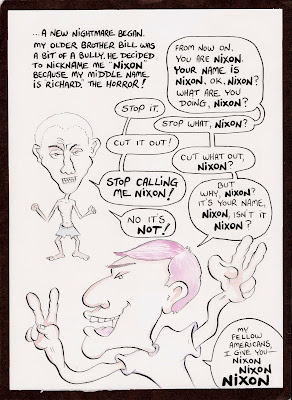 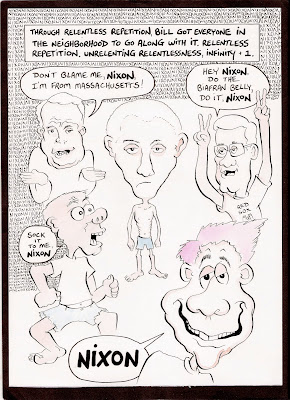 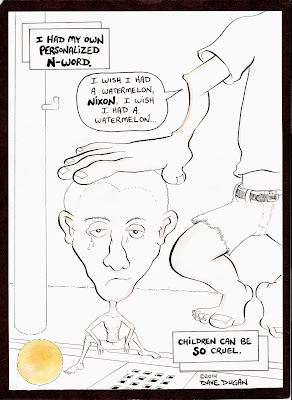 I'd hoped to have this finished in time for the 40th anniversary of Nixon's resignation, but these cartoons always take longer than you expect, especially since I decided to color them. Meanwhile, my 80 year old Betty Boop broke her elbow and shoulder, so I'll be spending the next week taking care of her. So, here you go, the entire Nixon story in unfinished drawings.

I grew up in Massachusetts, and Massachusetts was the only state in the 1972 election that Nixon did not carry. Being called "Nixon" in Massachusetts was indeed a slur, even before the Watergate business.
Anyways, we can laugh about it now. When I finally finish putting the eyebrow on this comic, I'll make some high res scans and throw it on the Gumroad page as a pay what you want download. Maybe I'll make greyscale hardcopies, maybe not.

UPDATE: Greetings to the visitors from Crooks and Liars (Many Thanks, Tengrain!) Feel free to leave a comment, don't be shy!
Posted by zencomix at 7:11 AM

Guy would be too liberal, economics-wise, for today's GOP. And maybe today's Democratic party, for that matter.
~

Not trying to change your beliefs, yet, proving what’s literally Upstairs --- Greetings, earthling. Because I was an actual NDE on the outskirts of the Great Beyond at 15 yet wasn’t allowed in, lemme share with you what I actually know Seventh-Heaven’s gonna be like for us: meet this ultra-bombastic, ex-mortal-Upstairs for the most-extra-blatant-and-groovy, pleasure-beyond-measure, Ultra-Yummy-Reality-Addiction in the Great Beyond for a BIG-ol, kick-ass, party-hardy, eternal-warp-drive you DO NOT wanna miss the sink-your-teeth-in-the-smmmokin’-hot-deal. YES! For God, anything and everything and more! is possible!! Cya soon…

I was the youngest of 3 brothers so I know the futility of trying to stop them from calling names.I had a few thrown my my, but you got dicked.