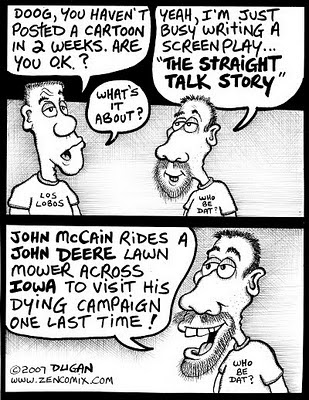 Back in April of 2007, 8 months or so before the Iowa Caucus, John McCain was way down in the polls, his campaign seemingly in disarray. I enjoyed giving him the Straight Story treatment, but, despite being way down in the polls, he had that smug asshole attitude that he would be the nominee, almost as if he knew the fix was in. 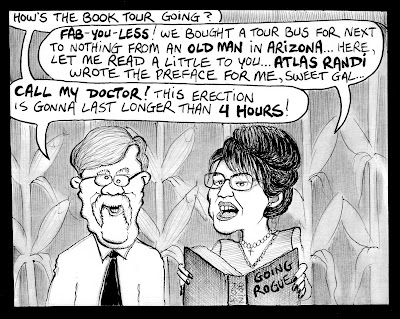 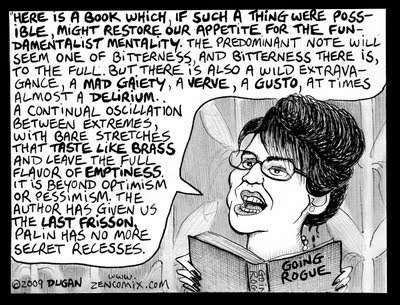 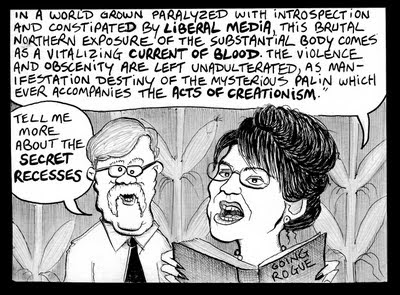 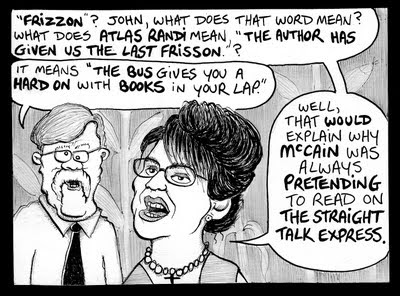 With apologies to Henry Miller, Anais Nin, and Jim Morrison.

Zencomix
Posted by zencomix at 7:49 AM

Doog, your cartoon Palin face never fails to make me laugh. (The real thing only usually makes me laugh.)
~

I've been loving your bird shots. Last week, we had a red tail hawk set up shop in our yard. He sat in one of the apple trees for about an hour. I wasn't in a position to get any photos, and I didn't want to go outside and try because he probably would have flown off.

Thank you. I like taking those pictures, and the remote+tripod setup is giving me the best ones ever. Even saw a Carolina Wren trying the suet block this afternoon (not to mention, the cat food I put out for the stray).
~